We’re already deep into October, and soon it will be November, the penultimate month of 2019. The foliage hasn’t turned yet because New York City remains unseasonably warm but reminders that it’s fall abound everywhere: Halloween-themed bath bombs at Lush, email promotions of sweater sales, Thanksgiving planning, and any news article about any of the 2020 presidential candidates. Time continues apace: a fact that I once regretted, but now embrace.

I am happy to report that this fall has seen a harvest of good books — I believe I’ll have read more than the thirty I set as one of my 2019 resolutions by year’s end. Of the eleven I’ve finished since August/September, a couple are must-reads: Michelle Obama’s Becoming and Ocean Vuong’s On Earth We’re Briefly Gorgeous. I inhaled both; these books made me forget to eat or drink for days.

To anyone who might dismiss the former FLOTUS’s memoir as some sort of vanity project, I say that Michelle Obama is a beautiful writer. Her prose is structured simply and her style is direct, but these qualities, coupled with her moving portraits of her family — especially her father — and her humanity towards everything she writes about — especially her husband — elevates her writing. She understands the importance of imagery and characterization, and executes better than a lot of literary authors I’ve encountered. 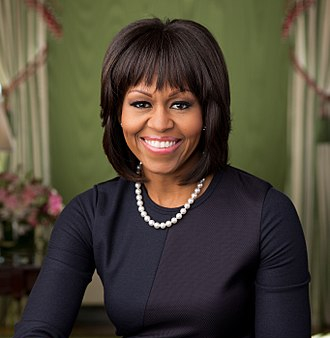 But above all, I love the book because I love the strong woman that is Michelle Obama. In a New Yorker article, Barack speaks eloquently about her complexity:

Michelle is a tremendously strong person, and has a very strong sense of herself and who she is and where she comes from. But I also think in her eyes you can see a trace of vulnerability that most people don’t know, because when she’s walking through the world she is this tall, beautiful, confident woman. There is a part of her that is vulnerable and young and sometimes frightened, and I think seeing both of those things is what attracted me to her. And then what sustains our relationship is I’m extremely happy with her, and part of it has to do with the fact that she is at once completely familiar to me, so that I can be myself and she knows me very well and I trust her completely, but at the same time she is also a complete mystery to me in some ways. And there are times when we are lying in bed and I look over and sort of have a start. Because I realize here is this other person who is separate and different and has different memories and backgrounds and thoughts and feelings. It’s that tension between familiarity and mystery that makes for something strong, because, even as you build a life of trust and comfort and mutual support, you retain some sense of surprise or wonder about the other person.

You can literally see two sides of her at play throughout the book: the one that is still “becoming” and trying to figure it all out as a mother and pioneer, as well as the courageous woman who never forgets her childhood in the South Side of Chicago. She attends to loaded subjects, such as socioeconomic privilege within the black community and race relations in America, from all sides with a lawyerly precision and an idealist’s hope for a better world. And just as easily, she turns inward, writing about her father with such lovely vulnerability and restraint. I think I cried every other page.

Ocean Vuong has been on my radar ever since Yale. As a senior, I noticed that he placed in a poetry contest hosted by the Connecticut Poetry Society (which I had placed in the year prior) and we both appeared in the same issue of Best New Poets. Over the past few years, he seems to have won every accolade available to a young poet — most recently, being named a MacArthur Fellow at just 30 years old.

On Earth We’re Briefly Gorgeous is a slim volume, but it encompasses the full expanse of human existence, including suffering, love, joy, and loss. Most books are intended to be read as content, as though the sole intention of their language is to convey meaning. Yet Vuong’s book transcends that. During its many moments of beauty, I was speechless, wondering how words could come together in a music so fine that they do not seem of this world. Where did that come from? I kept thinking, and am, still. He seems to have lived several lives, or maybe he experiences life so acutely, to the point of being overwhelmed and broken. A sense of fragmentation and chaos — inflicted by geopolitical violence (i.e., Vietnam War) and personal tragedies — pervades the book, but Vuong seems to find them inspiring.

On the poetry front, I have discovered Jack Gilbert (1925-2012), an American poet who comes across like a mix of Robert Frost, Frank O’Hara, and Mark Strand. I’ve requested his books from the library, eager to explore more of his work. In the meantime, I keep returning to his “Failing and Flying,” an elegant meditation on divorce.

Everyone forgets that Icarus also flew.
It’s the same when love comes to an end,
or the marriage fails and people say
they knew it was a mistake, that everybody
said it would never work. That she was
old enough to know better. But anything
worth doing is worth doing badly.
Like being there by that summer ocean
on the other side of the island while
love was fading out of her, the stars
burning so extravagantly those nights that
anyone could tell you they would never last.
Every morning she was asleep in my bed
like a visitation, the gentleness in her
like antelope standing in the dawn mist.
Each afternoon I watched her coming back
through the hot stony field after swimming,
the sea light behind her and the huge sky
on the other side of that. Listened to her
while we ate lunch. How can they say
the marriage failed? Like the people who
came back from Provence (when it was Provence)
and said it was pretty but the food was greasy.
I believe Icarus was not failing as he fell,
but just coming to the end of his triumph.
– Jack Gilbert